Posted on January 9, 2010 by thejerseychaser 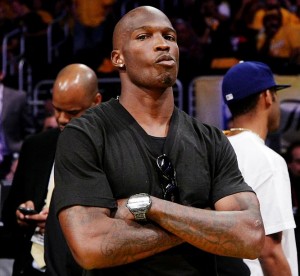 Chad Javon Ochocinco (born Chad Javon Johnson on January 9, 1978, in Miami, Florida) is an American football wide receiver for the Cincinnati Bengals of the National Football League. He was drafted by the Bengals in the second round of the 2001 NFL Draft. He played college football at Oregon State.

Ochocinco has been selected to the Pro Bowl six times and named an All-Pro three times. He legally changed his surname from Johnson to Ochocinco prior to the 2008 regular season to reflect the two numerals on his Bengals uniform. While he references his last name as two words “Ocho Cinco”, his legal last name is condensed into one word, as spelled on his name change application.

Share It
Posted in Bios and tagged Bio, Chad Ochocinco. Bookmark the permalink.