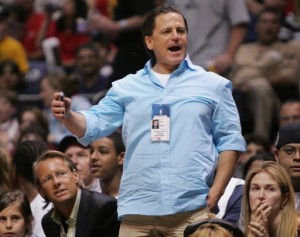 Dan Gilbert issued a statement on Monday after Jesse Jackson called him a slave master for his remarks about LeBron James leaving Cleveland. Gilbert responded: “I strongly disagree with Rev. Jesse Jackson’s recent comments and we are not going to engage in any related discussion on it. Going forward, we’re very excited about the Cavaliers and positive future of our region.”

Gilbert may have put an end to Jesse Jackson’s comments, but now he must answer to League Commissioner David Stern. At the owners’ meeting in Las Vegas, Stern fined Gilbert $100,000 saying his remarks were “extreme.”