Posted on August 2, 2010 by thejerseychaser 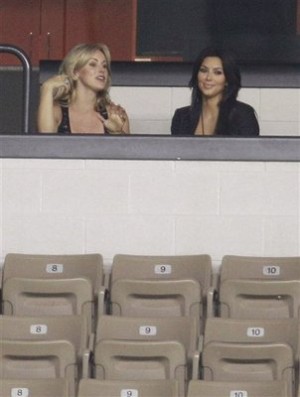 Kim Kardashian was at the Dallas Cowboys practice watching her boyfriend Miles Austin. Alongside Kardashian was Tony Romo’s girlfriend, Candice Crawford. Crawford is the former Miss Missouri and is little sister to Chace Crawford.
Cowboys owner Jerry Jones said he “almost swallowed his sandwich” when he ran into Kardashian having lunch with Austin and Romo earlier in the day.