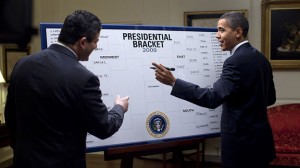 It was anticipated the tournament would expand to 96 teams. Instead, the four additional teams will play four play-in games before the traditional Thursday/Friday opening round. The play-in games will be called the “First Four” and would be played the Tuesday or Wednesday after Selection Sunday (when the tournament teams are announced) and will be on truTV.