Posted on August 6, 2010 by thejerseychaser 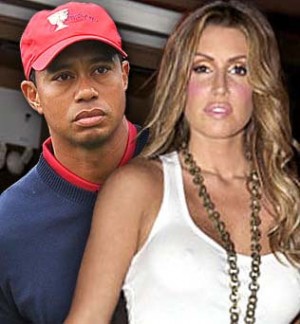 The National Enquirer is claiming Tiger Woods plans to marry his No.1 mistress Rachel Uchitel. However their happy ending has become complicated because Woods is upset Uchitel is on the newest season of Celebrity Rehab.

“Rachel explained that she’d be paid $500,000 and could kick her pill habit at the same time. She knows she is seen as the woman who broke up Tiger’s marriage, and by doing the show she hopes to gain a sympathetic image by the time she marries him. But Tiger was livid that she’d expose her addiction in such a public way. He’s embarrassed that the next Mrs. Tiger Woods will be known as a former drug addict, and he’s encouraged her to go into a private program. But he’s also worried that Dr. Drew will influence Rachel to leave him, and paint him as a loser who can’t be counted on in a serious relationship.”

Not buying the National Enquirer story? Maybe you should, they were the ones who broke the original Tiger cheating scandal back in November.