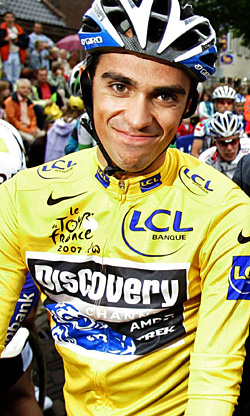 Congratulations to Alberto Contador who won the 2010 97th Tour de France. Contador edged out second place winner Andy Schleck by 39 seconds. The Spaniard becomes just the ninth rider to win three or more Tours. But Contador’s win did not come without controversy. Even up until yesterday, the Tour winner remained unknown after Schleck closed in on Contador’s lead by two seconds during Stage 19’s time trial.

More pictures to come of the final stage of the Tour from thejerseychaser.com international correspondent Mallory Field!