Posted on January 10, 2010 by thejerseychaser

Dwight Howard (born December 8, 1985) is an American basketball player for the Orlando Magic of the National Basketball Association (NBA). Howard, who usually plays center but can also play power forward, had an outstanding high school career at Southwest Atlanta Christian Academy. He chose to forgo college and entered the 2004 NBA Draft, and was selected first overall by the Magic. A four-time All-Star, four-time All-NBA team selection, three-time All-Defensive member, and two-time Defensive Player of the Year, Howard has been ranked consistently as one of the best in the league in rebounds, blocks, field goal percentage and free throw attempts, and has set numerous franchise and league records. He has led the Magic to three division titles and one conference title, and he was the winner of the 2008 NBA Slam Dunk Contest. In the 2008 Olympics, he was the starting center for Team USA, which went on to win the gold medal.

Before he was drafted in 2004, Howard said that he wanted to use his NBA career and Christian faith to “raise the name of God within the league and throughout the world”. In November 2009, he was named one of the 10 finalists for the Jefferson Awards for Public Service, which awards athletes for their charitable work.

Share It
Posted in Bios | Tagged Bio, Dwight Howard | Comments Off
Posted on January 9, 2010 by thejerseychaser

Chad Javon Ochocinco (born Chad Javon Johnson on January 9, 1978, in Miami, Florida) is an American football wide receiver for the Cincinnati Bengals of the National Football League. He was drafted by the Bengals in the second round of the 2001 NFL Draft. He played college football at Oregon State.

Ochocinco has been selected to the Pro Bowl six times and named an All-Pro three times. He legally changed his surname from Johnson to Ochocinco prior to the 2008 regular season to reflect the two numerals on his Bengals uniform. While he references his last name as two words “Ocho Cinco”, his legal last name is condensed into one word, as spelled on his name change application. 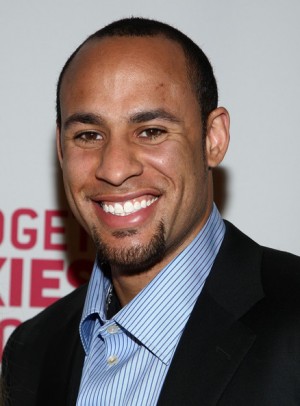 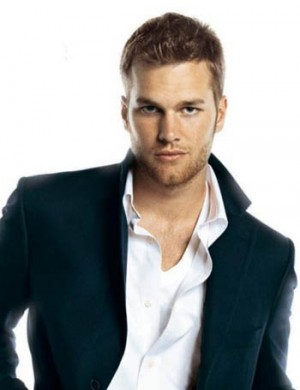