Posted on December 20, 2011 by thejerseychaser

The world was shocked at the new of North Korean leader Kim Jon Il’s sudden death of a heart attack. The White House said Monday it is too early to tell whether the leader’s death opens the door for better relations with the U.S. Not much is known about the new leader, Kim Jon Il’s son Kim Jong-un. In fact, only one picture exsisted of Kim Jong-un until 2010, but according to a childhood friend the new leader of the DPRK is a big NBA fan.

Joao Micaelo revealed to CNN that growing up the future dictator loved playing basektball, playing basketball videos on PlayStation and was a big fan of Michael Jordan. “The whole world for him was just basketball all the time,” Micaelo told CNN.

Good thing the five-month NBA lock out was resolved before the leader of the 8th nuclear weapons country came into power. But fear not NBA fans, according to Micaelo, “I can just say what I know, when he was 16, he was a good guy, so I don’t think he would do something bad.” 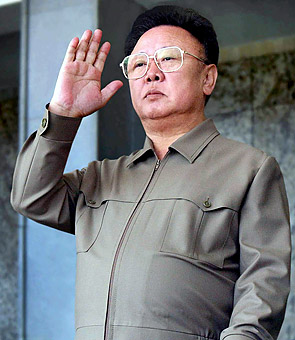