Posted on September 27, 2011 by thejerseychaser

Oh baby! In Touch Weekly is reporting Jessica Simpson is pregnant with her fiance and former NFL player Eric Johnson. According to a source, Simpson turned away champagne at Johnson’s 32nd birthday party and is having sweet & salty cravings. The couple’s November wedding is still a go, and Simpson has said this is “the best wedding present” they could have asked for.

Simpson dated Dallas Cowboys quarterback Tony Romo for two years, and despite her jersey chasing past it’s Johnson who is being criticzed for being in the relationship for money. Johnson played five years with the San Francisco 49ers from 2001-2006 before being released. Although, the Yale grad had a quick stint with the New Orleans Saints in 2007 and was again released…. hopefully this time he is in it for the long haul!

Jessica Simpson is engaged to former NFL player Eric Johnson. The pair began dating back in May, when Johnson was still married and in the process of getting a divorce form his wife.

Simpson’s rep confirmed the news to JustJared.com, “We’re thrilled to confirm that it’s true! They are engaged.”

In his short lived NFL career, Johnson played five seasons with the San Francisco 49ers and was released by the New Orleans Saints in 2008.

Johnson’s and Simpson’s relationship has apparently caused a rift between Simpson and her close friend and hair stylist Kevin Paves. Paves is rumored to not like Johnson and thinks he is dating Simpson for fame. Johnson was supposed to start business school at the prestigious Wharton School but dropped out to stay close to Simpson.

This is not Simpson’s first stint as a jersey chaser. Simpson had a two-year relationship with Dallas Cowboys quarterback Tony Romo before he broke up with her on her 30th birthday.

END_OF_DOCUMENT_TOKEN_TO_BE_REPLACED 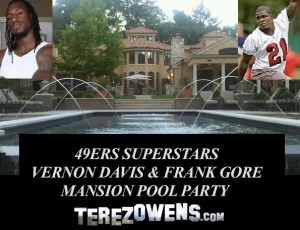