Have we found our June Jersey Chaser of the Month? Super model Bar Refaeli is celebrating being named No.1 on Maxim’s “Hot 100″ by getting to know snowboarder Shaun White. The couple celebrated Memorial Day Weekend at Sway lounge in NewYork According to the New York Post, Refaeli and White were spotted in SoHo, “They were all over each other. “They were dancing, hugging, kissing — you name it.”

Leaving at 3am, Refaeli rode her bike in Central Park the next day. The Israeli-born super model and Leonardo DiCaprio ex was in town appearing on Conan and told the host, “I don’t get hit on by guys. No one flirts with me.” Though Refaeli did reveal to the talk show host that she wanted her next suitor to have,”The obvious things. I want him to be sweet and kind and have values and morals.”

White is the most decorated snowboarder of all time, White is a 12-time X Games gold medal winner and two time Olympic gold medal recipient. But he really raised the Bar this time! 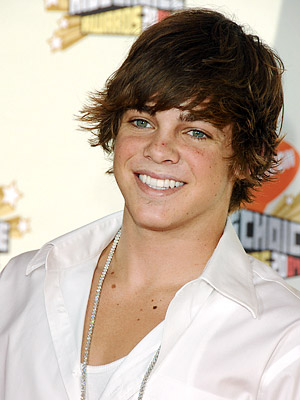