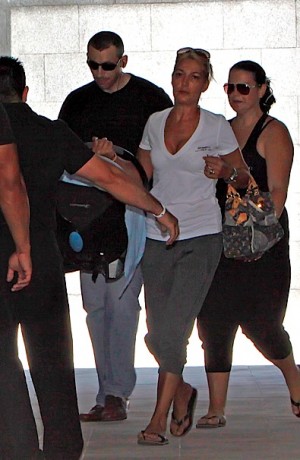 Cristiano Ronaldo’s son have been pictured for the first time. The pictures were taken when Ronaldo’s mother Dolores Aveiro and her boyfriend Jose Andrade were taking care of the baby while Ronaldo was on vacation in the United States. Ronaldo announced his son was born on July 3 after Portugal was eliminated from the World Cup.

Cristiano Ronaldo Jr was born in the U.S on June 17 and will be raised solely by his father with the help of his family. Many have speculated that the baby was conceived via a surrogate.

Share It
Posted in Celebrity News and tagged Cristiano Ronaldo. Bookmark the permalink.