Posted on August 30, 2010 by thejerseychaser 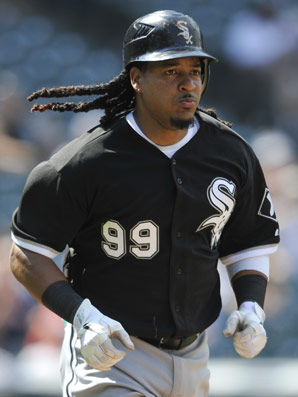 Manny Ramirez has been traded from the LA Dodgers to the Chicago White Sox. There was talk that Ramirez would have to cut his famous dreadlocks because the White Sox have an appearance policy, however Ramirez gets to keep the hair, which means marketing opportunities for the White Sox!

The Dodgers capitalized on Ramirez’s mop by selling “Manning Wigs.” The wigs became a fan favorite and were made sure to be always in-stock. Now that Ramriez has been traded, the Dodgers have no need for the news. Luckily, the White Sox have contacted the Dodgers about obtaining the left over wigs!

Too bad the wings didn’t come with the trade…