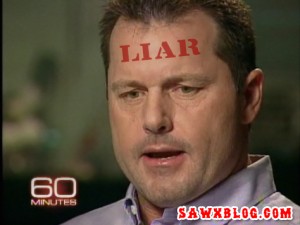 On Saturday, Prince Harry threw out the first pitch at the New York Mets v. Minnesota Twins game. Prince Harry was in New York for three days to promote US and UK veterans organizations. Although the Mets lost 6-0, Prince Harry didn’t see the game because he left to watch the World Cup.

Watch the video above of Prince Harry throwing out the ceremonial first pitch in front of 40,000 fans. Also on hand were British servicemen Lieutenant Guy Disney and Captain Kate Philip.

Fighting isn’t just in hockey, Tampa Bay teammates got into a heated dispute in the dugout on Sunday. The altercation came between superstars BJ Upton and Evan Longoria. Longoria called out Upton for not hustling after a ball hit by Arizona’s Rusty Ryal. This is not the first time Upton has gotten into trouble for his lack of work ethic and was even benched by Manager Maddon in the past. Tampa Bay has lost eight of their last 10 games.

Mets go for Gaga for Wright

The Mets’ are capitalizing on Lady Gaga’s appearance at a Met’s game when she flipped off photographers.  Now the Met’s are using the Gaga controversy to get fans to vote for star David Wright for the MLB All-Star Game.

On Wednesday, the Mets will host “Go Gaga for Wright’ night, where the first 20,000 fans with receive a blue foam finger telling fans to use the “right finger” and click online to vote for Wright in the All-Star Game.