Posted on March 1, 2011 by thejerseychaser

Hines Ward, favorite Kendra Baskett & Sugar Ray to be on Dancing With The Stars

ABC announced the newest contestants on the 12th season of Dancing With The Stars, and the sports world is strongly representing. Hines Ward, Kendra Wilkinson-Baskett and Sugar Ray will all battle it out for the Crystal Ball Trophy.

Although the season hasn’t even started, Baskett was named as the season favorite to win the season. The oddsmaker site Bodog.com put Baskett’s chances at 3:1.

When asked about the upcoming season, Baskett told E!, “It couldn’t have come at a more perfect time in my life. I’m almost back to my prebaby body so I’m excited for all the costumes! I’ve always loved the show, so its really cool I get to be on it. I have a competitive streak in me so I’m so excited to compete!”

I wonder if Kendra’s routines will consist of a pole? Good luck to Kendra, Hines && Sugar Ray! 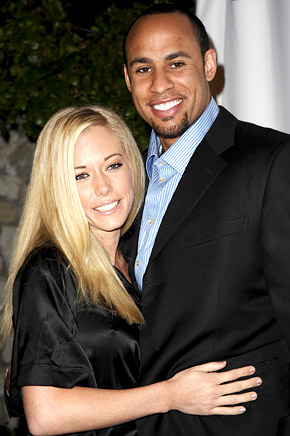