Posted on December 27, 2010 by thejerseychaser

“In celebration of the 30th Anniversary of “Inflation Day” of the Hubert H. Humphrey Metrodome, and, subsequently, the 2010 “Deflation Day.”

Share It
Posted in MLB, NFL | Tagged Metrodome, MLB | Comments Off
Posted on December 26, 2010 by thejerseychaser

Hope everyone had a Merry Christmas. There is nothing worse than the Holiday Blues to cheer you up on the day after Christmas here are the Top 5 Sports Gingerbread Houses. You now have 365 days to prepare for next year! 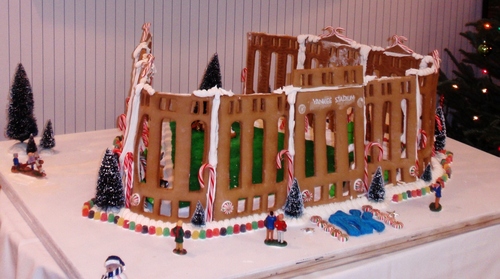 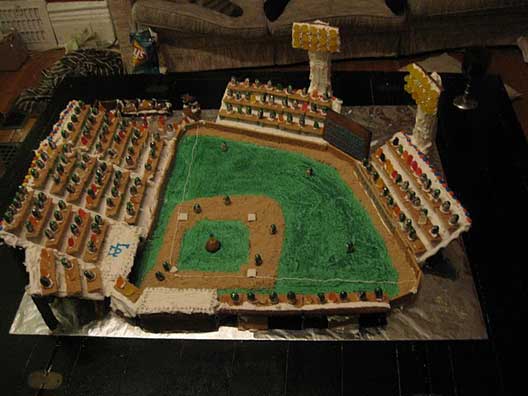 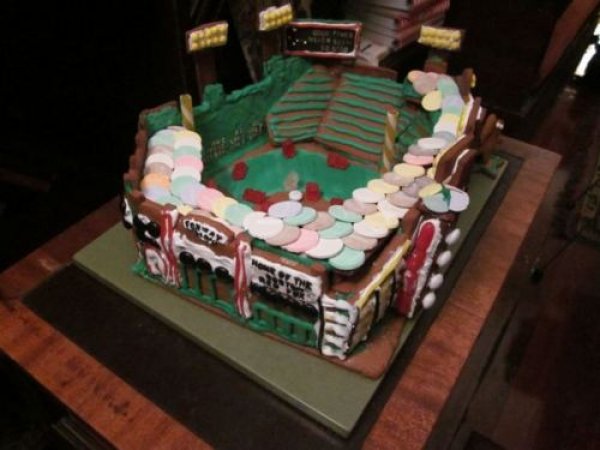 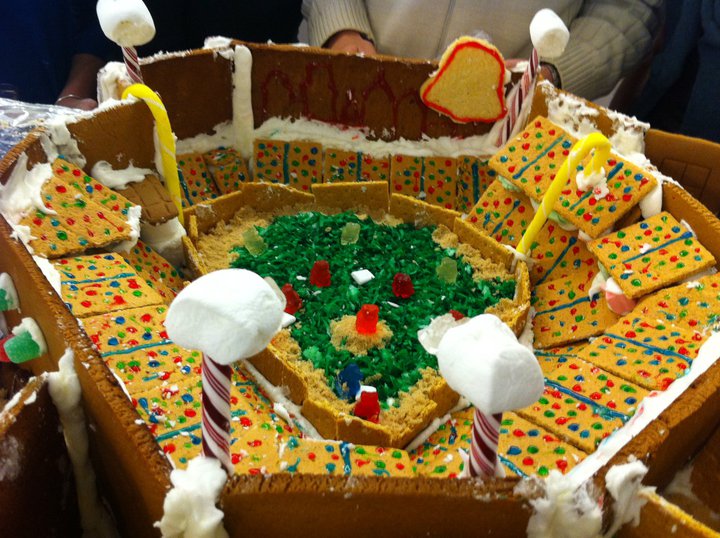 The roof of the Metrodome will not be repaired by Monday’s Minnesota Vikings-Chicago Bears game. On Sunday, snow collapsed the roof of the team’s stadium, and Vikings officials have asked the NFL for the game to be played at University of Minnesota’s TCF Bank. The new location would allow the game to still be played in the Vikings’ home state, the only problem is they are having trouble shoveling all the snow in time for the game.

In some areas, the snow is as much as five feet deep, and now Vikings fans are being asked to help shovel. The University of Minnesota is looking for volunteers from Thursday-Sunday to shovel out snow from the bleachers, concourse and football field.

While you will not be paid for your manual labor, don’t worry the university will supply you shovels.

BRETT FAVRE STREAK IS OVER!

After starting 297 consecutive games, Brett Favre’s streak as a starting quaterback is over. It has been the longest streak in NFL history. Last week, Favre sprained the SC joint in his right shoulder in a game against the Buffalo Bills. Instead, Vikings backup quarterback Tarvaris Jackson will get the start. Favre had an extra day to rest, after the Minnesota Vikings- NY Giants game was postponed after the Metrodone collapsed due to snow. The game will be played tonight at Detroit’s Ford Field. Although Favre made the trip to Detroit, he is list as inactive for the matchup. The last time Brett Favre did not start an NFL football game was in 1992. The legendary quarterback in the midst of a text message scandal was drafted in 1991. Be careful Jenn… Favre is going to have some extra time on his hands!