Terrell Owens is no stranger to controversy, and this time the 37-year old free agent tore his ACL while filming his VH1 reality show. The injury occurred during a personal workout. On VH1′s The T.O Show, cameras follow Owens along with his close friend, Monique Jackson, and his personal assistant, Kita Williams. But this is one storyline T.O has been able to keep under wraps. According to ESPN, Owens had surgery over a month ago to repair the injury by noted surgeon James Andrew.

Last season, T.O was with the Cincinnati Bengals but failed to live up to his one- year contract hype and was placed on injured reserves. During the 2005 Super Bowl, Owens famously played through what many thought of as a career ending fibula injury, but now entering his 15th year in the league, it will be more difficult for Owens to find a team who is willing to sign him.

The men who once called themselves Batman and Robin got into a heated dispute on Twitter over this offseason’s Cincinnati Bengals drama. Chad Ochocinco lashed out at Terrell Owens for being blamed for Carson Palmer asking to be traded or he would retire.

In January, Palmer told the Bengals organization he wanted out after spending his entire career with the team. After professing themselves as the Super Bowl favorite, the Bengals went a disappointing 4-12.

In the heated exchange, Ochocinco told TO, “Man its your f*&ing fault m QB is retiring, I should whoop our ass cause the blaming me.” TO called Ochocinco’s play out even reffering to the super hero nicknames, “Where was Robin all year?”

… No time for compliments Robin.

END_OF_DOCUMENT_TOKEN_TO_BE_REPLACED

Cincinnati Bengals receiver Terrell Owens has hired a matchmaking service to find love. The high end matchmaker service charges clients between $15,000- $150,000 for a chance at love. T.O is looking for an exotic girl who looks like Kim Kardashian…good thing the service has 18 international offices.

The ever outspoken Owens was previously engaged and has a 11-year old son.Thejerseychaser.com reported back in August that T.O was dating singer Brandy. Maybe T.O should take the advice from teammate and friend Chad Ochocinco, who had a dating show on VH1.

TO and Brandy dating?

VH1 Reality Stars Terrell Owens and singer Brandy are reportedly dating. The two were hanging out in Hollywood over the weekend… with the start of the NFL next weekend, it should be interesting if Brandy will be hanging around Cincinnati. TO was signed by the Bengals over the off season. 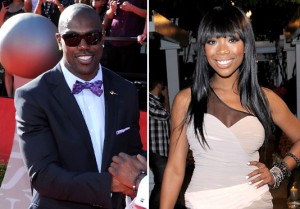