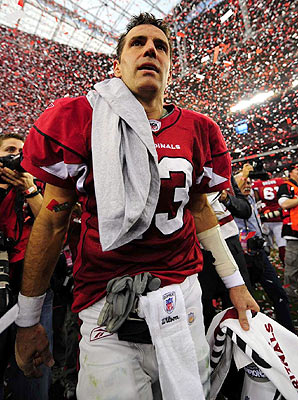 Share It
Posted in NFL | Tagged Dancing With The Stars, Kurt Warner, NFL | Leave a comment
Posted on August 3, 2010 by thejerseychaser

Tim Tebow is not letting his big Jockey contract get to his head. The Denver Broncos rookie QB honored football hazing tradition by carrying his teammates pads after practice. Dez Bryant could learn a thing or two from the former Florida Heisman Trophy winner.

Hopefully the football gods are looking down on Tebow and will protect him from injury this season.

The Cowboys confirmed Bryant suffered a high right ankle sprain and will miss 4-6 weeks. Bryant is expected to return during the end of the Cowboy’s preseason. 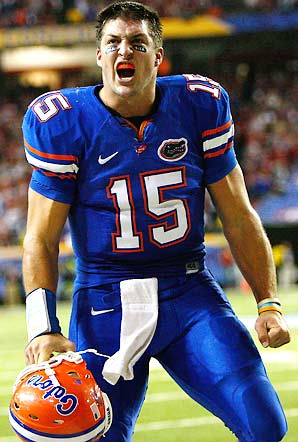 In a statement Tebow said: “I’m excited to represent the Jockey brand and to work with such an innovative company,” Tebow said in the press release. “I’ve long been a fan and consumer of Jockey, and think they make a quality product with a great fit. I’m looking forward to a great relationship with such a respectable company.”

Thejerseychaser.com wants to know if Tebow will wear his John 3:16 eyeblack in the Jockey photo shoot?