NFL season tickets will not get you out of jury duty

James Beasley Jr. is a Tennessee Titans season ticket holder who was called to jury duty. During the selection process, Beasley told the judge that he could not serve because he was worried that the trial would interfere with the Titans season. Although Beasley was honest, the judge didn’t buy it, telling Beasley that he had many friends who would be glad to use the tickets. The judge even added: “And if you are on this jury, I’ll make sure to have the game on. 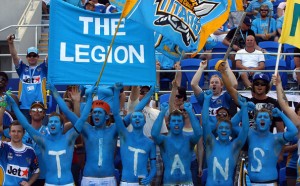 Did we mention that the trial was for murder. In the fan’s defense, there are only 8 home games a year, NFL season tickets are expensive.